Boyle Heights is a bustling Latino neighborhood just east of downtown Los Angeles with a history dating back before the Mexican-American War. However, it’s the pressures of the present day that weigh heavily here. Approximately 66 percent of the population lives below 200 percent of the federal poverty level, 22 percent are uninsured, and few primary care doctors remain. The systemic poverty the residents grapple with creates ripple effects throughout their lives. When Disaster Strikes, Health Clinics Come to the Rescue​

By ​Will Robison, Senior Loan Officer

​As wildfires burned through California’s Napa and Sonoma Counties in late 2017, Sandy Cesario was forced to evacuate her home and all she knew. Like many of the 5,000 residents of her small Calistoga town, she took refuge at one of the county’s evacuation centers filled with uncertainty.

That was the last place she expected to see her personal doctor.

Age-Friendly Health Centers and California: A Proving Ground for Change

Wouldn’t we all like to age in our homes and communities, surrounded by what is familiar, supported by a health care team that really understands who we are and how to serve us as individuals with unique needs? This kind of age-friendly health system has generally been an anomaly in the United States, particularly for low-income, older patients. Coupled with the fact that 90 percent of older adults want to age in their own homes, integrated care models are best supported at the community level. When Tri-City Health Center (TCHC) opened in Fremont, CA in 1970, it was one of just a handful of clinics serving low-income, minority women from Fremont and the neighboring Alameda county cities of Union City and Hayward. 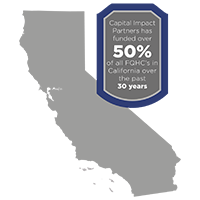 The Affordable Care Act (ACA) sets out to provide access to health care for all. The ACA will only be fully implemented in California when all people, including low-income residents in underserved communities, have local access to quality, affordable care.

Community health centers and clinics (CHCs) play a vital role in this effort by providing preventive and primary care to patients in California – and across the nation – regardless of their ability to pay. Since 2009, health centers have increased the number of patients served from 17 million to 23 million annually. With the ACA’s implementation, however, it is estimated that CHCs will need to serve 35 million patients in the coming years.