In 2018, Washington, D.C.’s Department of Housing and Community Development (DHCD) selected Capital Impact as a founding manager of the DHCD Preservation Fund, a fund created at the recommendation of the Mayor’s Housing Preservation Strike Force to increase the preservation of affordable housing in the District.

Capital Impact is leveraging funding from DHCD to deploy over $50 million in low-cost, flexible financing to private nonprofit and mission-driven for-profit developers who are committed to preserving affordable rents and improving living standards for existing tenants at multifamily housing projects (5 or more units) in the District.

A unique aspect of the program is how it works to support the Tenant Opportunity to Purchase Act (TOPA), which gives tenants the right of first refusal to buy their buildings when existing landlords decide to sell.  Utilizing low-cost financing from the DHCD Preservation Fund and often working with Community Based Non-Profit Organizations (CBOs) and partnering with  mission-driven developers, tenants are empowered to purchase their buildings or select their new landlords. This helps keep rents affordable and prevents residents from being displaced in the face of rapid gentrification in mixed-income neighborhoods.

Capital Impact believes that mixed-use, mixed-income neighborhoods with easy access to employment and critical social services contribute to the vibrancy and economic growth of the city. Preserving long-term affordability and avoiding displacement of residents and families is key in DC, which has ranked has one of the nation’s most intensely gentrified cities over the past two decades.

The D.C. DHCD Preservation Fund activities are being funded in partnership with the District of Columbia Department of Housing and Community Development. 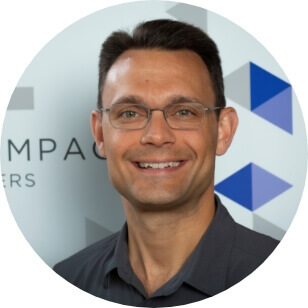 “As we work to create and preserve more affordable housing across all eight wards, the Preservation Fund will allow us to move more quickly and to leverage private investments in order to maximize our investments and reach more Washingtonians. Capital Impact Partners has deep, long-standing commitments to affordable housing and my Administration looks forward to working together to get this money out the door and into preservation projects.” When Richard Hosey returned to his hometown in 2008, the economic downtown had completely changed the city he remembered. Now the Detroit native has focused his efforts on returning the city to its former greatness.

Richard Shares The Ups and Downs of Development in Detroit As a parent, Diana has a lot to manage among her three children. Fortunately, she discovered a unique opportunity to find a good school & health care in one place. Across Washington D.C., we are working to support projects that “co-locate” important services that are vital to healthy communities. Without health insurance, Michele Reynolds’ options for quality care were limited. But that all changed when Unity Health Care built a brand new facility in Washington, D.C.’s Ward 5.